CUTTIE WILLIAMS may very well be one of the British music industry’s great unknown secrets.
However, members of the general public who are in on this confidential information are relatively far and few between. Hopefully this website will help you uncover one of the great mysteries of the modern age how he has continued working without becoming a household name.

Cuttie Williams has been blessed with an extraordinary gift to command continuous attention with his vocal attributes and charismatic stage presence. As well as being a dynamic performer he is also a creatively gifted songwriter in a variety of musical genres who remains humble and true to his earthly blessings.

Cuttie was born in smoggy London but had the good fortune to have been re-located to the golden sands of a mini paradise named St Kitts and Nevis for a significant portion of his formative years. He credits his relationship with music as “a calling”; as such, his quest for excellence in his craft means he has never regarded the pursuit of fame and riches as a primary goal of his journey. Having come under the spell of Motown great James Lee Jamerson and the immortal Aston ‘Family Man’ Barrett (of the Wailers) his instrument of choice was the bass guitar.

Although the years spent honing his craft (and a highly distinctive style) garnered him opportunities as both instrumentalist and vocalist in support of luminaries, such as Sir Jimmy Cliff (OM), Lord Ernest Ranglin (OM), Suggs (of Madness), Sly &Robbie, Horace Andy, Carroll Thompson, Louisa Mark, Ali Campbell (UB40) and many others. There remained a light that was hidden under a bushel – Cuttie’s soul-drenched and five octave range vocals.

Jamaican ska and rock ‘n’ soul pioneer Alton Ellis identified Cuttie as a name to watch out for but even an accolade from so lauded a personage could only hint at Cuttie’s scintillating versatility. As well as session work for international artists like Roy Ayers, Joss Stone, Jocelyn Brown, Alexander O’Neal and others, Cuttie has graced the stage and blessed audiences awaiting appearances from the likes of Diana Ross, Dionne Warwick, Nina Simone, Earth Wind & Fire, Tina Turner, Lionel Richie and many others.

In addition to this plethora of accomplishments as a performer is Cuttie’s flair for composing catchy but adult-friendly compositions, which channel moods and concerns varying from emotional love ballad to social upliftment chorale and beyond. For examples one need only place themselves in listening distance of his first release Keep On Loving You in the early 90’s and his lyrical Now And Then album, which included the ebullient Everyday. The astonishing flamenco-flavour of the aptly-titled Mesmerise or the spellbinding R&B-marinated re-working of Marley’s Pour Sugar (On Me). Many discerning listeners claim this opus is equalled by other typically mellifluous gems that keep pace with other specimens from the Cuttie Williams canon which many believe are only a heartbeat and an airplay opportunity away from being characterised as bona fide classics.

In October 2019 Cuttie Williams released his new single High Time to deliver some very poignant truths that spring from a conscientious awareness. Be Still is a second single released in July 2021 taking you on the journey of self-discovery. Another bombastic lyrical selection tailored around a hypnotic reggae rhythm from forthcoming album titled Only Love Can Find Me.

Comparisons are said to be odious but Cuttie has been compared to so many great 20th century icons that it would be tiresome to repeat their names here; this is an artist that you must experience for yourself. 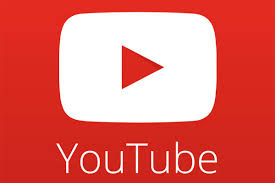